If you are missing a single tooth, one implant and a crown can replace it. A dental implant replaces both the lost natural tooth and its root.

What are the advantages of a single-tooth implant over a bridge?

A dental implant provides several advantages over other tooth replacement options. In addition to looking and functioning like a natural tooth, a dental implant replaces a single tooth without sacrificing the health of neighboring teeth. The other common treatment for the loss of a single tooth, a tooth-supported fixed bridge, requires that adjacent teeth be ground down to support the cemented bridge.

Because a dental implant will replace your tooth root, the bone is better preserved. With a bridge, some of the bone that previously surrounded the tooth begins to resorb (deteriorate). Dental implants integrate with your jawbone, helping to keep the bone healthy and intact.

In the long term, a single implant can be more esthetic and easier to keep clean than a bridge. Gums can recede around a bridge, leaving a visible defect when the metal base or collar of the bridge becomes exposed. Resorbed bone beneath the bridge can lead to an unattractive smile. And, the cement holding the bridge in place can wash out, allowing bacteria to decay the teeth that anchor the bridge.

How will the implant be placed?

First, the implant, which looks like a screw or cylinder, is placed into your jaw. Over the next two to six months, the implant and the bone are allowed to bond together to form an anchor for your artificial tooth. During this time, a temporary tooth replacement option can be worn over the implant site.

Often, a second step of the procedure is necessary to uncover the implant and attach an extension. This temporary healing cap completes the foundation on which your new tooth will be placed. Your gums will be allowed to heal for a couple of weeks following this procedure.

There are some implant systems (one-stage) that do not require this second step. These systems use an implant which already has the extension piece attached. We will advise you on which system is best for you.

Finally, a replacement tooth called a crown will be created for you by your dentist and attached to a small metal post, called an abutment. After a short time, you will experience restored confidence in your smile and your ability to chew and speak. Dental implants are so natural-looking and feeling, you may forget you ever lost a tooth.

Every case is different, and some of these steps can be combined when conditions permit. We will work with you to determine the best treatment plan.  The video below depicts the anatomy of an implant. 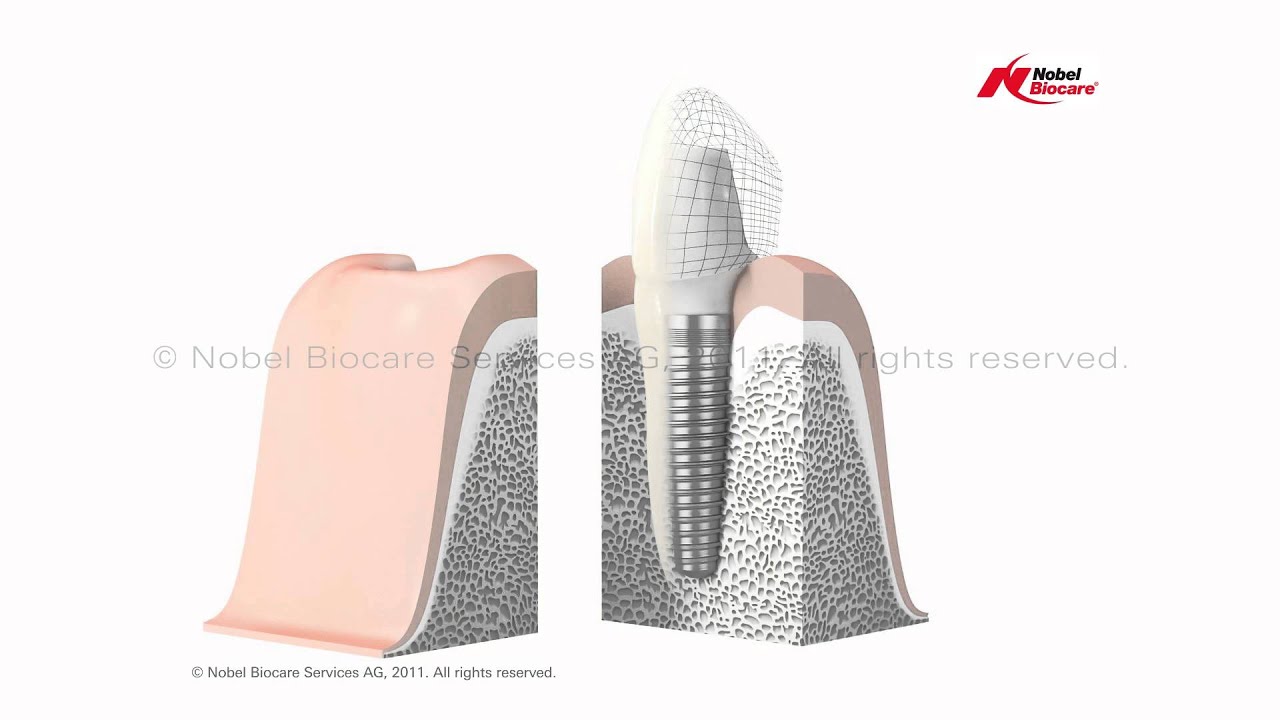